Since I came to the Netherlands, I wanted to learn Dutch to use the Dutch language in everyday life. Of course, you think. But really, knowing Dutch, does not imply directly speaking Dutch.
After three years of Dutch courses, in which I dared to speak only in the class, I finally started using Dutch. How did it happen then? Here I share 7 tips to make it happen.

In general, I was really really lucky because I met a lot of people very patient and supportive with me in the process of learning. Starting from the secretaries of our department, who got me motivated again when I wanted to give up, to the strict teachers of the Dutch courses, to the colleagues in the department always ready to teach me something new.

I really think it is matter of creating opportunities. With Dutchgram, I want to create a big network of people committed to learn/help to learn Dutch, ready to help each other. Contact me if you want to come in action! 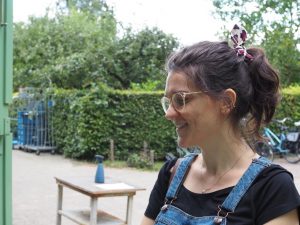